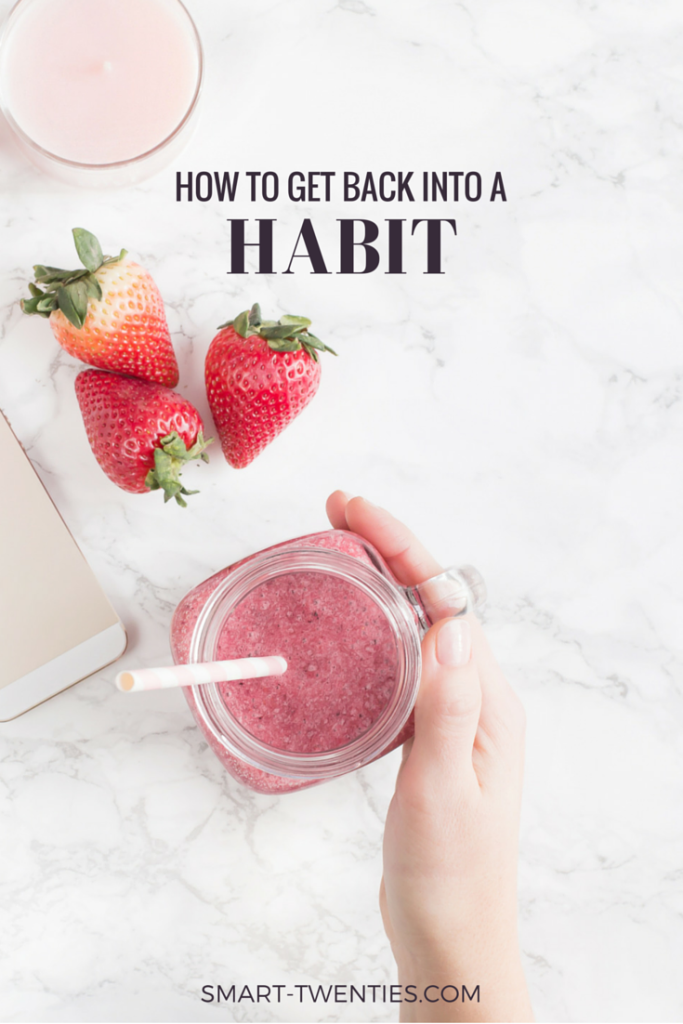 So I’m guessing it’s not news to you that the habit fairy isn’t going to come and wave her magic wand just because you’ve been doing something for 21 days.

It’s actually hard to get into a good habit and it usually takes me a good three or four (or five or six) attempts to finally get there.

One of the hardest things about habits isn’t actually sticking to them – that’s easy enough once you figure out the right way to approach it.

The hardest part is giving them another shot when it didn’t work out the first, second or twenty-second time you tried them.

Getting back into a habit

It’s ignoring that voice in the back of your head telling you that you ‘weren’t good enough’ or ‘not disciplined enough’ to stick with it. It’s ignoring the family and friends that scoff and roll their eyes when you tell them you’re giving it another shot.

I think it’s pretty rare that the first time you try out a habit it’s going to be the right approach for you.

I think a lot of the time a habit doesn’t stick isn’t because we have no discipline – it’s because we’re not trying it the right way.

This is good news. It means that just because you ‘failed’ to stick to your new habit the first time doesn’t mean you can’t stick to it in the future.

But there is a little bad news.

Before you give that habit another shot you have to stop feeling guilty that your last attempt didn’t work out.

From November last year to April this year I wrote in my gratitude journal every single day. I loved doing it and it could really see and feel the benefits of it in my life.

But one day in April something came up and I didn’t write in it. And then it became two days and three days and then BOOM – it’s June and I haven’t written in my gratitude journal for months.

I really want to get back into the habit of writing in my gratitude journal but I have found the biggest thing stopping me is the guilt. Those blank pages staring back at me, reminding me that I didn’t stick with it the first time.

But I’m going to try again.

What habit have you been wanting to try again? What has been stopping you from giving it another shot?

Don’t forget that comments are always appreciated – I’d LOVE to hear from you!