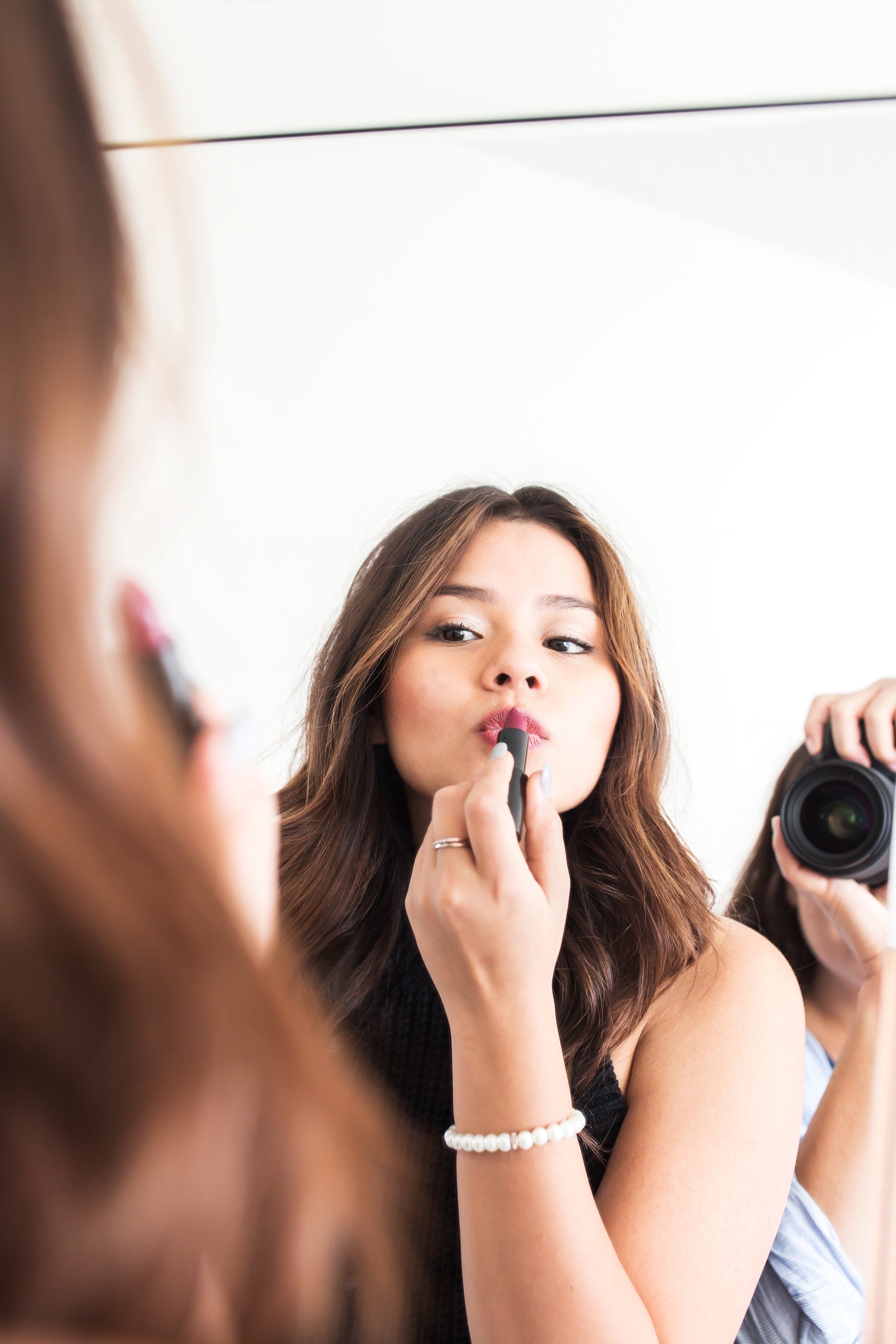 You want to see the world and go on wild adventures. You want to devour a doughnut on top of the Empire State Building, see the mystical Machu Picchu at sunrise and Venice from a gondola at sunset. You want to party in Budapest, float lazily down a river in Thailand and go skiing in Japan.

And you want to do it while you’re still god damn young!

Or you don’t know anyone that wants to travel as much as you do.

So what do you do?

What To Do If Your Friends Don’t Want To Travel

Well, the way I see it you’ve really only got two options:

How do I know girls like you? Because I was one.

I used to be SO scared to travel solo! I thought I’d be lonely, I wouldn’t make new friends and I’d find myself in a situation that I didn’t know how to get out of.

But I came to the realisation that it was going to be the only way to do all the travel I really wanted to do, so I did it.

I’ll admit that I’ve never done full-on solo travel, but I’ve still managed to go on quite a few trips without knowing a single person before I got on the plane:

But I get it, you’re still scared to travel solo. You still have your doubts. You’re still umming and ahhing.

So let me see if I can help clear a few things up for you.

Before I begin, I wanted to let you know that I’ve created a check-list to help you figure out whether you should travel without your friends. It covers 10 signs that you’re ready to travel solo (plus a little extra travel advice that I didn’t include in this post). And it’s free! 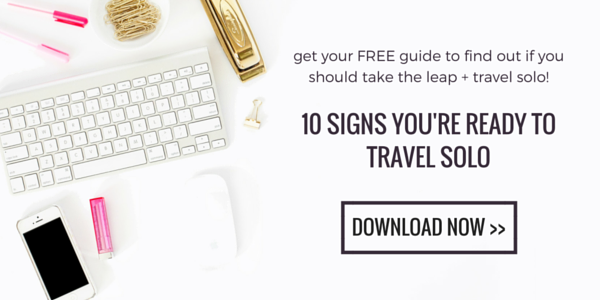 I feel like this is the most common reason that people are scared to travel solo, even above safety concerns.

I get it, you want someone to share your new, amazing experiences with. Me too!

But when you travel solo you’re not actually solo for long. Sure, you might end up travelling from destination to destination by yourself, but as soon as you’re in that new city you’re going to meet a lot of new people. And fast!

Travelling solo doesn’t mean that you wake up in a hotel room by yourself, spend all day exploring a new city with only your selfie stick, dine at a restaurant by yourself and then return sadly to your hotel room. There wouldn’t be many solo travellers if that’s what it actually involved.

But if you stay in a hostel (even if it’s in a private room) or go on a tour you will meet people. Trust me.

So you don’t need to be scared to travel solo because you’ll feel lonely – you’ll actually be surrounded by people for a lot of the time you’re travelling. And the new friendships are worth any brief moments of loneliness if they do happen.

If you still don’t believe me, here’s what some other experienced travellers have to say about loneliness while travelling solo:

I made lifelong friends on those solo trips I mentioned earlier. And I’m an introvert.

Sure, it’s a little uncomfortable at first. But starting a conversation with someone when you’re travelling is so much easier than it normally would be! Between ‘where are you from?’, ‘where have you been? and ‘where are you going?’, you’re definitely going to find something you can talk about!

And you’re not going to be the only one that’s travelling solo (especially if you’re in a hostel). There are going to be other people who are just as keen to meet someone new as you are. And just as nervous.

Plus if you’re shy, travelling solo is an amazing way to grow as a person. Getting outside your comfort zone and doing things you normally wouldn’t do is what personal development dreams are made of.

But just don’t take my word for it. If you’re scared to travel solo because you’re shy read these:

Of course you need to be street smart, listen to your gut instincts about people, make sure you don’t look like a major tourist and be a little more aware of your surroundings than you normally would be. But you’d have to do that if you were travelling with your friends anyway.

When I’ve travelled ‘solo’, I’ve never found myself in any particularly hairy situations. I know it can happen but it’s just as likely to happen if you’re travelling with friends – you can never predict every situation you’ll be in (and that’s half the fun!).

There’s lots of great articles with tips and tricks about how to stay safe while travelling solo (which you’ll definitely need to read if you haven’t done much travel before). Here are a few I definitely agree with:

Hopefully you’re not still scared to travel solo. But even if you are, I have two recommendations for you.

Firstly, you shouldn’t plan your life around what your friends want to do and whether they’re ready to travel.

You’re only young once. There’s only so many years you’re going to have the time, money and freedom to travel the world (ok that’s not necessarily true, you can create your own freedom to travel, but a lot of people end up feeling like they don’t have the freedom so I’m running with that).

And second, you don’t have to do full-on solo travel. Don’t forget there are lots of options that fall midway between solo travel and travelling with friends. Finding a tour group to go with (there are a lot more options than Contiki, just so you know) is an amazing way to travel without friends but without going completely solo.

Are you still scared to travel solo? Do you feel like you’re spending your twenties waiting for your friends to do the same things you want to do?

Let me know in the comments below, I’d love to hear from you! 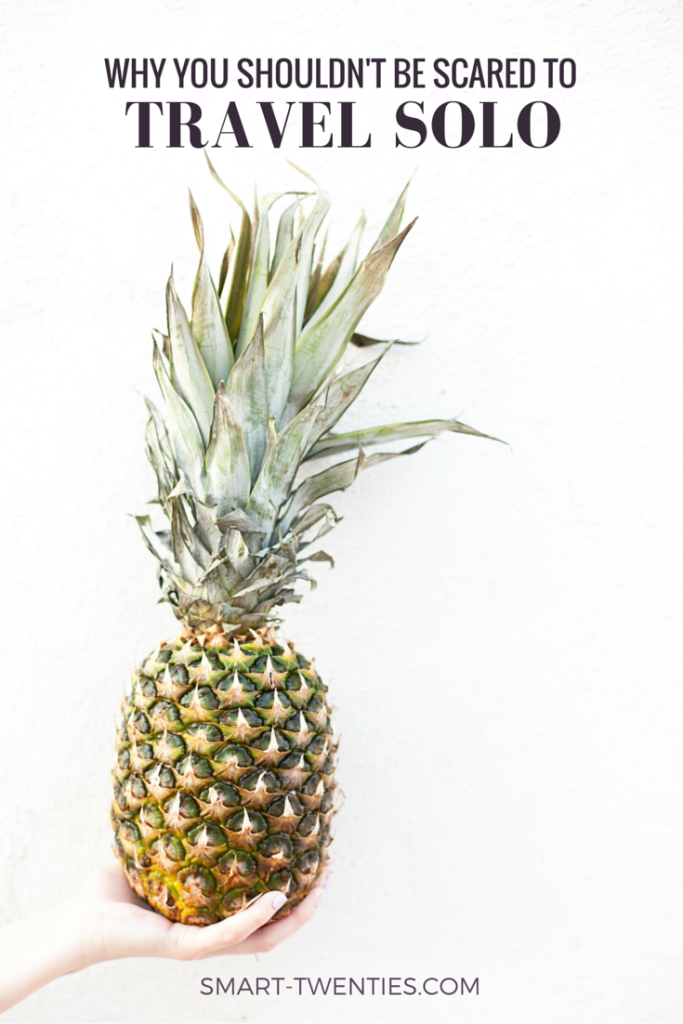