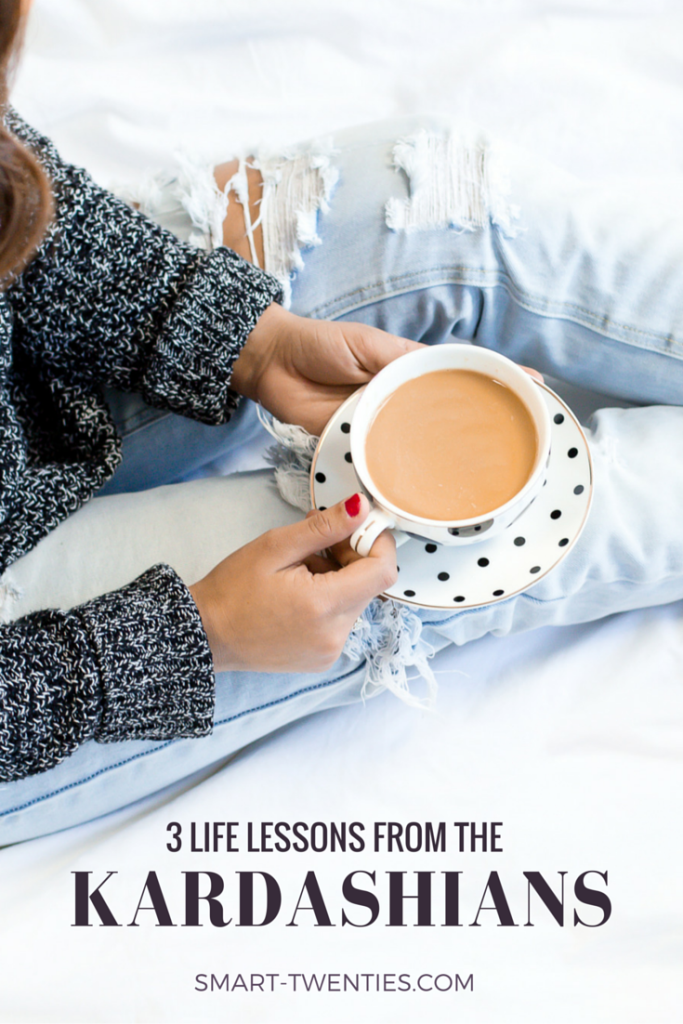 I’ve really started to notice that, a lot of the time, what I say I want to do isn’t what I actually do.

Maybe some of these sound familiar?

So that got me thinking – do we actually want to do the things we say we want to do? Or do we just want the result without the work?

What makes the Kardashians different?

Whenever I watch Keeping Up With The Kardashians (which is more than I’d like to admit) I always find myself thinking about why Kim, Khloe and Kourtney are so successful.

What sets them apart from the millions of people that are trying to become famous but never make it?

They work day in day out regardless of the shit people say about them. They make things happen and they don’t make excuses. They put themselves out there even when they know they’re not perfect.

But when it comes down to it I think there are 3 huge differences between people who live their dreams and people who spend their lives dreaming:

1. The Kardashians take persistent action (i.e. do the work)

We all love searching for that magic bullet – the celebrity diet that will make us look like Miranda Kerr, the app that will magically help us save all our money, the workout plan that girl on Instagram uses.

None of these things hold the answer to our problems – we are the answer. We have to do the work.

And we all know this intellectually but still convince ourselves that there’s another way around it – there’s still a part of us that holds onto hope that there’s a way to live our dreams without the hard work.

We have to do the work – not some diet, not some app, not some workout program. Unless you skip that shopping spree or wake up 30 minutes earlier every morning and go for that run, having the best tools in the world isn’t going to get you anywhere.

There’s no magic bullet, all there is is consistent and persistent hard work. Which leads me to the second thing:

2. The Kardashians take a long-term approach

The Kardashians keep doing the work day in and day out in the faith that it will eventually pay off. And it does.

They create their own luck and they know that you only fail when you stop trying so they never stop trying.

You have to show up every single day for a long-time with no results.

3. The Kardashians ignore the critics

The Kardashians are an amazing example of why you should ignore critics.

But it’s not easy.

I really struggle with this one.

I don’t have a lot of critics in my life, but that’s not because I’m amazing.

I don’t have critics because I try so damn hard not to give anyone the opportunity to be one and it’s seriously holding me back. It’s making me play small.

Take this blog for example – I’ve barely told any of my friends about it because I’m so scared they’ll laugh at me and think I’m stupid for even trying. I know it might sound dumb and irrational but I’m still really scared. I’m scared because I don’t know if I’m strong enough to withstand their doubts – it’s hard enough overcoming my inner critic.

So I’m working on it, but it’s not easy.

What’s your dream? Are you doing everything you can to make it happen? Do you struggle with fear like I do?

Let me know in the comments below!